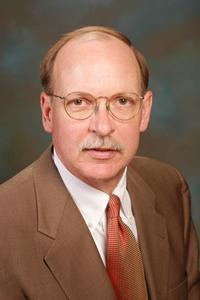 Attorney Jay W. Alberstadt, Jr., attorney with MacDonald, Illig, Jones & Britton, LLP was awarded a 2008 Excellence Award from the Pennsylvania Legal Aid Network for his outstanding contributions to the mission of legal aid in northwestern Pennsylvania. Alberstadt joined the NWLS board of directors in 1982, and has served continuously since then, including a total of twelve years as president of the board.

His appointment to the NWLS board in 1982 coincided with the creation that year of the Legal Aid Volunteer Attorney (LAVA) Program in Erie County, a pro bono project co-sponsored by NWLS and the Erie County Bar Association (ECBA). Attorney Alberstadt became active in LAVA, not only accepting pro bono cases referred to the private bar as part of the project, but also chairing and serving on the ECBA's advisory committee for the pro bono initiative. LAVA has been recognized as one of the pre-eminent pro bono projects in the Commonwealth, and it was awarded the 2002 Louis J. Goffman Award for service to the civil legal needs of low-income people.

With more than a quarter-century of service to NWLS, attorney Alberstadt has been actively involved in a leadership role in the growth and development of civil legal services in northwestern Pennsylvania. As part of his tenure on the board, NWLS implemented many changes in its service delivery system, including the creation of a central intake unit that has become a prototype for other legal services programs across the country.