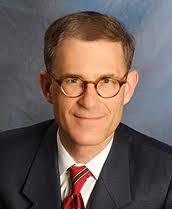 Attorney Thomas A Tupitza, attorney Knox McLaughlin Gornall & Sennett, P.C, was awarded a 2011 Excellence Award from the Pennsylvania Legal Aid Network for his outstanding work on behalf of legal aid both locally and statewide. Tupitza served on the NWLS board of directors from April 1994 to June 2007 and during his tenure he was president from 1997 to 2000, and a member of the Finance Committee from 1995 to 1996, and again from 2002 to 2007. During this time he was actively engaged in the mission and vision of the organization, volunteering his time and talents to the challenges facing legal services in northwestern Pennsylvania.

In 2005 he was named by the Pennsylvania Bar Association to fill an unexpired term on the Pennsylvania Legal Aid Network (PLAN) Board of Directors. He was elected Treasurer in the same year and has since served as Chair of the PLAN, Inc. Budget and Finance Committee. He is currently serving his final term on the PLAN board, which expires in March, 2013.

When NWLS began preparations in the summer of 2008 for our fortieth anniversary celebration in May 2009, Tupitza joined the steering committee for the event and he was instrumental in securing major funding from his law firm for the celebration at the U.S. Federal Courthouse in downtown Erie. He has also been a consistent and generous contributor to the mission of NWLS during our bi-annual fundraising solicitations during the past decade.